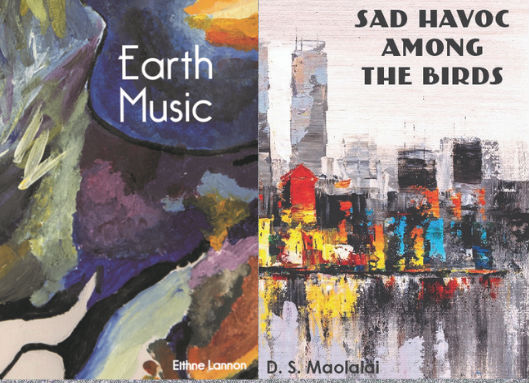 On April 8th, 2019, two intriguing and very different books were sent out into the world.

Ross Hattaway introduced D.S. Maolalai’s “Sad Havoc Among the Birds”. Diarmuid’s book is witty, challenging and poignant in range, with a remarkable command of craft, daring in form and arresting in theme.

You can read the opening address Ross gave on the evening here:

“Earth Music”, which is Eithne Lannon’s début collection, was launched by eminent poet and teacher, Anne Tannam. These are beautful, imagist poems, carefully created to evoke the writer’s perception of the natural world and the human life within it.